We're Getting Mutants in the MCU - The Loop

"'Sure you may be the Hunter, but to me and my guys you are nothing more than bait for the most elusive prey imaginable.'"

Thomas "Tommy" Finkle, born into a poor Scottish-american family. He was raised by his mother, Helena Finkle. Unfortunately due to poor immigration papers, his Father, Gregory Finkle couldn't join his wife in america in time to see his son's birth. Tommy was raised in the northern cold of Alaska until he turned 14. After learning that his father was alive and coming to america he scrounged up as much money as possible; with the help on the people in his village and ventured to Renaissance City to greet him. Undenounced to him this trip would change his life forever.

When he arrived in Renaissance City, he ventured to the Airport where he was going to see his father. 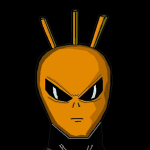